I just wanted to say thanks to everyone who regularly reads my little blog and to everyone who has recently checked it out for the first time. This month I surpassed my previous record for the most views in a month.

I love to write and I appreciate anyone who takes the time to stop by!

Then now is the time to grab some of these great items that will keep you organized, yet stylish.

This Orla Kiely bag and travel notebook are a perfect combo for any jet setter. 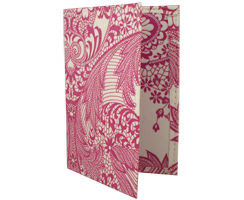 This perfectly girlie toile passport holder from Flight 001 is much cuter than a plain black holder. Bonus points also for the fact that the bright pink color will keep it from getting lost in your bag. 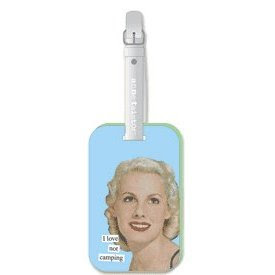 A more true sentiment has never been uttered. "I love not camping" luggage tags from Anne Taintor are available at Amazon.com. 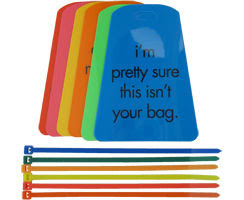 These colorful luggage tags will hopefully get the point across. I once had a little old lady in a wheelchair try to take off with a suitcase of my shoes. While she seemed like a nice person, I am quite sure a little old lady in a wheelchair did not have any use for my 4 inch black patent leather heels. This tag may have saved both of us some time! 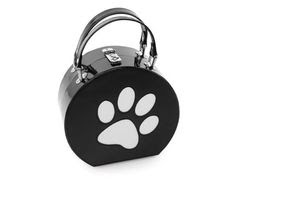 If you have a puppy child that loves to travel, as I do, then I am sure you are aware you have to pack their necessities as well. This paw print travel bowl set comes with two stainless steel bowls. Open it up and your fuzzy friend has a convenient place for their food and water. 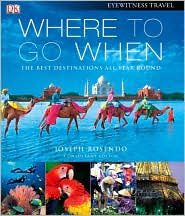 So you just ran across this blog and maybe you weren't planning a trip yet. Maybe you are now planning on purchasing that great Orla Keily bag and need some where to take it! This great book by DK Publishing has some great tips on where are the best places to go at certain times of the year, for various reasons and in different price ranges. If you already have your vacation location pinpointed, DK Publishing has great travel books to tons of different locations. If you are a visual person, like myself, they have great pictures, maps and detailed information that really comes in handy planning your trip.

Does anyone have any great trips planned? I think I am going to be sticking close to home this summer, but I would love to live vicariously through all of you!
Posted by Joy De Vivre Design at 4:34 PM 3 comments:

There is so much negativity in the world today. Turning on the TV there are tales of young innocent children being killed, drunk drivers killing someone on their way home from work, suicide bombers that do not care about themselves much less others. Every now and then you hear a story that proves to you that, even in this jaded world, there are wonderful people out there. I was researching Make-A-Wish foundation, because I love being involved with different charities. I ran across this amazing story of a young lady, Elise, who chose to help others even when she was seemingly in a helpless situation herself.

There is a day care center in a small Mississippi Gulf Coast town where children celebrate their very special patron – Elise, a 12-year-old girl whose fondest wish was granted by the Make-A-Wish Foundation® . Elise could have asked for a vacation, a computer, a celebrity visit or a horse. Instead, she wished to help children whose lives were turned upside down in the aftermath of Hurricane Katrina.

Elise was a happy, healthy girl who enjoyed school, sports and horseback riding until 2006, when she was diagnosed with acute lymphoblastic leukemia.

While Elise was being treated, Hurricane Katrina was in the news. She learned that the storm damaged the Total Child Learning Center in Ocean Springs, Miss., affecting the lives of nearly 20 children ages 2-11. Elise thought to herself, “If the doctors can fix what’s wrong with me, maybe I can fix what’s wrong with this day care center.” A wish was born, and Make-A-Wish® volunteers immediately went to work.

When Elise and her family arrived in Mississippi, they were greeted by a crowd of well-wishers holding signs and balloons. But Elise was shocked and saddened by the devastation. So much of the town had not yet been rebuilt. She knew then she’d come to the right place to make her wish as meaningful as possible.

More than 100 volunteers contributed to work parties that stretched from Friday through Sunday. Elise laid linoleum and painted cubbies. Aided by the manager of the local Lowe’s, day care workers and volunteers from nearby Keesler Air Force Base, her reconstruction project took shape. Some of the day care’s children and their parents came to lend a hand. After the finishing touches were put on the work, Elise and her family were treated to some well-earned rest.

On Monday, the final day of Elise’s wish experience, she arrived at the center for the official ribbon-cutting ceremony. The kids were happy and excited – running around on their new floor, drawing on the cool chalkboard tables and trying on funny costumes.

Elise has vivid memories of the children – and they have not forgotten her kindness. They stay in touch, and the kids still talk about the girl with the brown curly hair and big smile who brought a huge measure of hope, strength and joy to their lives.

I am including a link to the Make-A-Wish foundation below: 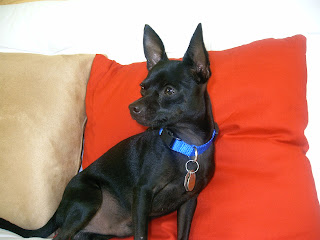 Coalie is my mom's little pup and he is turning 3 years old today.

Posted by Joy De Vivre Design at 9:06 PM No comments:

I just found out that I was chosen to be one of the Glambassador's from Glamour for this year. While I am not 100% clear on what this entails, I do know it involves beauty products, fun events, meeting new people and comes from the people who bring me Glamour Don't every month! All of these are things that I love so I am very happy to be able to be a part of this program.
Posted by Joy De Vivre Design at 7:15 PM 5 comments: 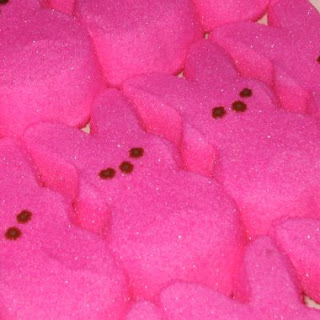 Here's wishing a Happy Easter to all of my peeps out there in Blogland! I hope you all have a great day!

Posted by Joy De Vivre Design at 5:00 AM No comments:

Easter Basket Ideas for the Grown Up Girl

Tearing open a cellophane wrapped basket full of coloring books and chocolate bunnies is great fun when we are little children. Just because we may have grown up and given up the idea that Peter Cottontail is going to bless us with some Peeps on Easter morning, it doesn't mean that we have to stop partaking in the fun and excitement of the day. Here are some perfect gifts that will certainly be a hit on Easter: 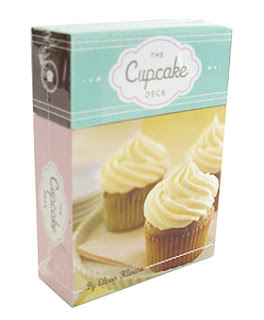 This striped business card case is the essence of spring. Such beautiful colors will brighten your mood even if you are having a slow day at work. 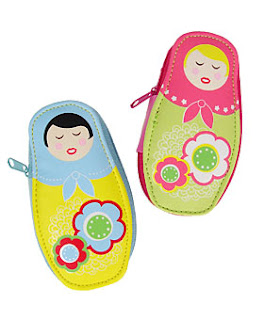 Any girl would be happy to put away her boring manicure set in exchange for these adorable Matryoshka Russian Doll Manicure Kits.

These vases in this egg shaped design will help brighten up any home long after spring has sprung.


Last item on your quest for a cute Easter gift, but certainly not least is the wrapping. Why waste your entire weekend trying to get that annoying cellophane wrapped around a basket? Good Friday will not live up to its name if you have to spend a few hours with clear paper that keeps sticking to itself! Instead why not use a cute and easy technique, take out box + confetti? Cute and easy! What's not to love? 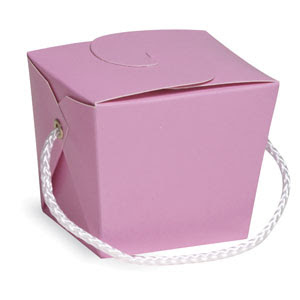 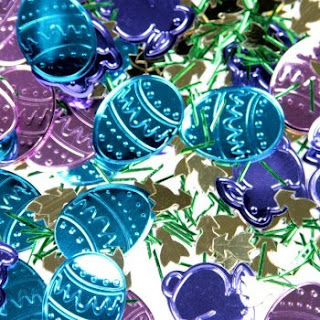 Things I Wish I Would Have Known in High School 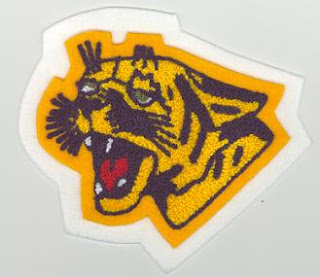 1. There is a life outside of the little pond that you are forced to swim in and if you are a nerd in school it doesn't mean you will be a bottom feeder your whole life.

2. The pretty, rich, stuck up cheerleader is not better than anyone, even if she may want you to believe that she is. It sucks to be poor, but I believe now that it gives you more character.

3. History is important, even if your teacher puts you to sleep. Now, with my addiction to Anderson Cooper's show, I realize that history plays such a vital role in our lives. I wish now that I would have had the ability to keep my eyes open during at least some of my history classes.

4. Don't stress out over the small things! Even if you feel like you have Mount Vesuvius on your face or are having the worst hair day ever, there are so many more important things in the world. Count your blessings that those are the only things you are having to deal with. 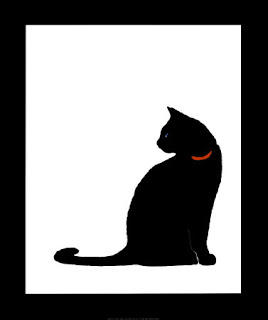 The image above may just be of a black cat to some, but to my friend Janice it is an image of something so frightening that it will cause her to make an illegal u-turn in the middle of a road
just to avoid it.
I have another friend that believes that if you compliment someone, for example you tell them they have a beautiful baby, and then you do not touch the baby then the baby is going to fall ill. I think I may have fallen victim to this curse the other day when a coworker told me they loved my shirt, only to have the button pop off after she didn't touch it to rid me of the curse! Okay, admittedly it was probably the fact that I've had way to many pieces of birthday cake lately, but you never know!
Crazy superstitions are also the reason that my friend Christine and I have vowed never to buy antique pieces for our homes. We are convinced that the previous owner may have loved them more than we do and may come back to visit them.
What seems crazy to some may seem perfectly normal to someone else! I would love to hear everyone else's stories about their superstitions!
Posted by Joy De Vivre Design at 4:40 PM 3 comments:

The Price is Right 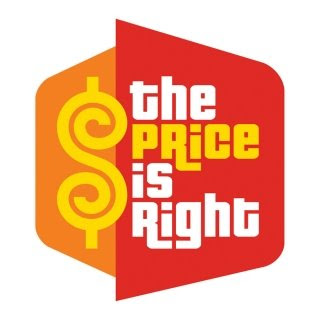 Last month we went to a taping of The Price is Right and it finally aired this past week.
http://www.cbs.com/daytime/the_price_is_right/video/video.php?cid=559221502&pid=bDdMGgz7HrTKx1gOaaUqoyg3kyp2RcE9&play=true&cc=0
We didn't get to be the "Come on down" people, but we are in visible in the audience, which is better than we fared on the front row at the Ellen show. It was a cool experience to see everything in real life, but after having to wait around for 8 hours before taping even began I doubt I would go back to try to win A NEEEWWWW CAR! :) I am saddened, however, that my hopes of playing Plinko were crushed! 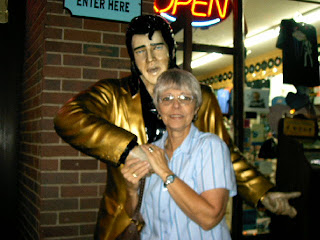 Posted by Joy De Vivre Design at 6:05 PM No comments: