For Those Rocker Chick Days...

Some days I love to dress girly, others days though I prefer a little edgier style. Nothing bridges that gap like skulls..with a twist. We are not talking Hot Topic Gothic style here, but cute skulls. Cute skulls? Yes, there is such a thing my friends. 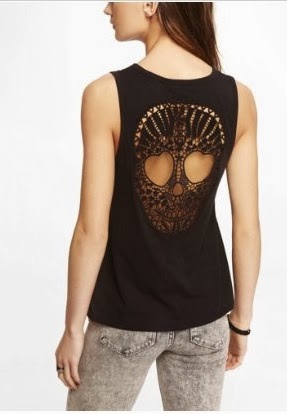 I purchased this top from Express this weekend and I can not be more happy with the look, not to mention a great price to boot at only $29! 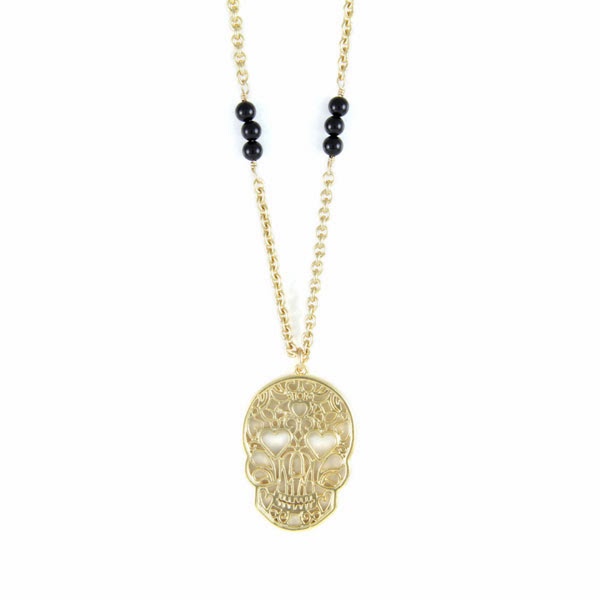 How pretty is this intricate necklace from Ettika? 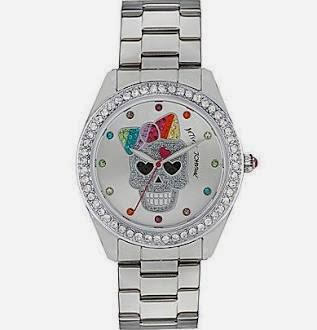 This watch comes to us from none other than the queen bee of girly style...Miss Betsey Johnson!

What do you all think of the skull trend?
Posted by Joy De Vivre Design at 5:58 PM No comments:

Diabetes and Your Furry Friends 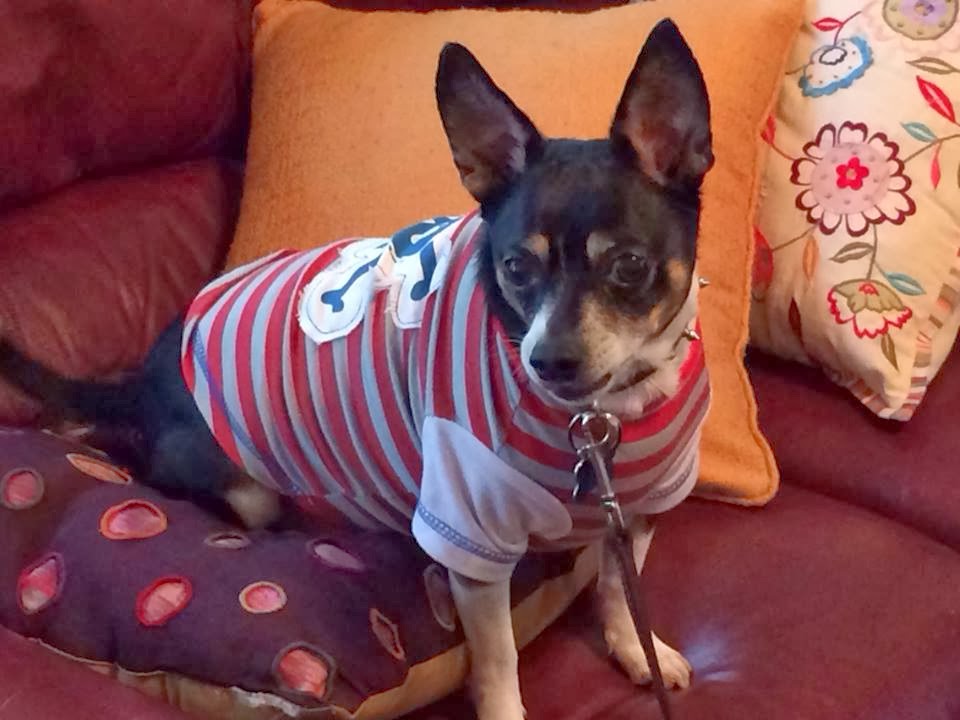 I have never really written about this much on my blog, but I wanted to put a warning out there to all of you with furry kids. As many of you who have read my blog for some time, and heck even someone who has just skimmed it, would know Barkley is my boy..my life..my everything. He is my fuzzy child and best friend.

Last August, shortly after we celebrated our nine year adoption anniversary of Bark we noticed some things going on. First off he was drinking a lot of water. Twice as much as usual. At first I wrote it off to the fact that we live in Houston and it is freaking hot in August! Then a few days later we came home and he had peed in the house, multiple times. This was very strange for a boy who NEVER went before we came home from work. He had went on his bed and multiple places on the floor.

After searching Web MD, (yes you can terrify yourself on there about your pets, just as much as you can about yourself), I saw that the possible causes could be a urinary tract infection or diabetes. I never even knew before that day that diabetes could attack pets. My father has it so I have an understanding of what it can do to humans, but who knew about dogs!?

After reading that, I began panicking that this was not a good sign so we rushed Barkley to the after hours vet ER. There they confirmed my fear that it was indeed diabetes. Needless to say we were devastated that this disease was going to cause pain to our boy. The vet at the pet ER was unfortunately not the most helpful or compassionate person I have ever met. After calling Barkley fat and after I restrained myself from wanting to knock her out (such a good thing that I do not have human kids! Bullies would all be laid out flat and I would be in jail!), we took him to his real vet for more testing the next day.

His vet at Banfield was wonderful and explained to us that as long as we take care of him, give him two shots of insulin daily, take him to get his glucose tested regularly and feed him a special diet that he could still live a happy and healthy life.

I wanted to write this as a warning to any of you out there that has a pet in your life that you are crazy about. If you start seeing them drinking more water and using the restroom more than usual or having accidents please take them into the vet immediately. They told us that because we knew Barkley's behavior so well and noticed something had changed quickly that we were able to help him before it got worse. It is so important to start treatment as soon as possible with diabetes so as not to suffer from further complications.

Ettika... I am Impressed! 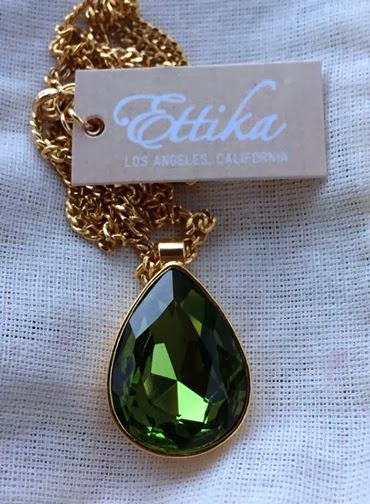 In my last post I introduced you to Ettika. Through a fellow friend and Glambassador I learned about them recently and let me say I am very impressed.

Looking through their site I chose this gorgeous necklace online last week. I had my eye on several different pieces, but narrowed it down to this one, because I have a thing for gold and big dramatic stones. Not to mention that green is my favorite color. Despite not doing a rush delivery it arrived in just a couple of days and it is just lovely. The color and craftmanship is perfection.

I highly recommend Ettika.com to you guys if you are looking for standout accessories! Check them out!

Just In Time for Valentine's Day

Looking for a gift for your honey, or perhaps yourself?  Check out Ettika! Their accessories range in styles that are bohemian, southwestern, rock n roll and many points in between! To get more info and possibly win cool prizes join in on their Twitter party February 14. Details below: 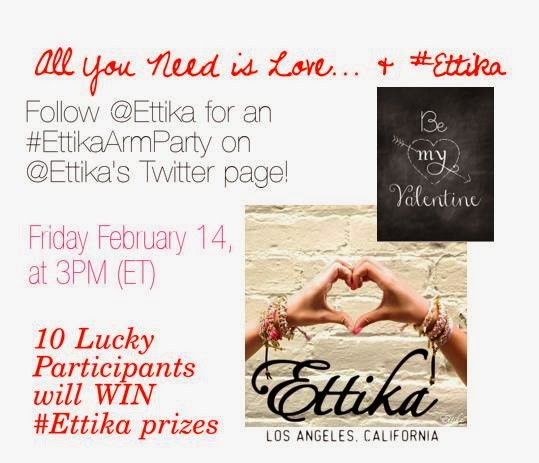 Posted by Joy De Vivre Design at 7:06 PM No comments: