In December I finally finished up my design classes. In the sea of some styles that are not my particular favorites, I saved the Contemporary Design presentation until last wanting to finish on a high note! Any room where I can combine Warhol's Mick Jagger and Missoni makes me happy! 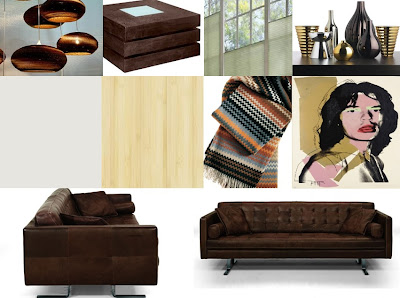 While some may find Contemporary design too stark, I find the simple lines and uncluttered look appealing. Pops of color and plush fabrics can make this style move livable.

Here are some ways others are embracing this look:

Happy Monday! As you all know one thing that always makes me happy is watching reruns of Sex and the City. Today marks the television return of Carrie as little Miss Bradshaw is brought to the CW in all of her 80's glory in the Carrie Diaries, the prequel to SATC.

Fashion was of the utmost importance in SATC and I can't imagine the Carrie Diaries will be any different. Here is a behind the scenes sneak peak of what goes into dressing an iconic character as her younger self.


Speaking of SATC, while in New York I FINALLY had an opportunity to go on the Sex and the City Hotspots Tour.  It was a blast! Our tour guide Sasha was so much fun and had lots of information about the different sites where the show filmed. The bus tour lasts about 3 1/2 hours, drives past many areas in Manhattan that you will recognize from both the show and the movies, stops at several locations and cupcakes are also served! I highly recommend it and it is also husband approved. While Gabe usually just watched the show because he thought Kristen Davis was pretty, he also really enjoyed the tour as well!

Will any of you be watching the Carrie Diaries? While I know it is marketed to a younger crowd, much different than the original version of Carrie, I am curious to see how the character began.

And to get you into the spirit feel free to reminiscence with this past post.
Posted by Joy De Vivre Design at 6:00 AM 1 comment:

So it is 13 days into the new year and I am just getting around to the first post. Shame on me! I hope this finds all of you getting into the swing of 2013 and that is isn't mistreating you yet!

My 2012 ended and 2013 began in my favorite city, New York. We had a great time, saw some amazing friends and met some awesome new ones. Here are a few shots: 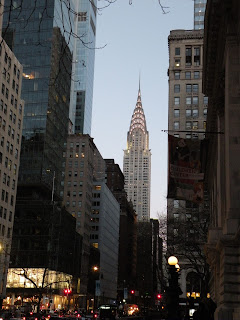 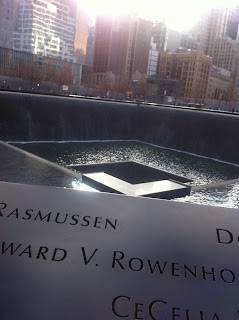 The World Trade Center Memorial. It was so sad, so beautifully memorialized and something I would suggest everyone see. 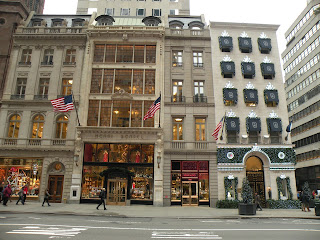 Holiday decorations on 5th Avenue early in the morning when you could actually walk on it...as opposed to any other time when there was a fat chance of that happening. 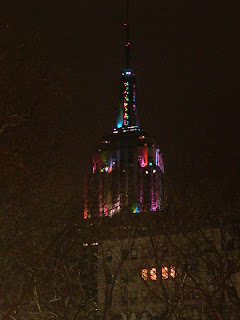 The Empire State Building had its own light show for NYE's. It was stunning! 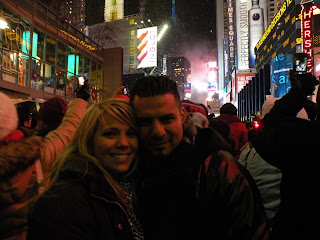 The obligatory Time's Square picture if you are there on New Year's Eve aka I am taking this damn picture to prove I was here on this day, because it will never happen again. The reason why Dick Clark was there for years and Ryan Seacrest has been holding down the fort in Time's Square the past several is because they have security, and can move about to heated interiors....with restrooms, and available food. Normal people are not going to sit there for 13 hours more than once in their lives. Glad I did it...once! :)

Fill me in on what has been going on with you all so far this year!!