I stole the title of this post from the patriotic song, originally written by Katharine Lee Bates about Pike's Peak. After seeing the majestic beauty it is clear what she was speaking of. Last week I had the opportunity to visit Colorado for the first time and it was amazing to see history first hand. 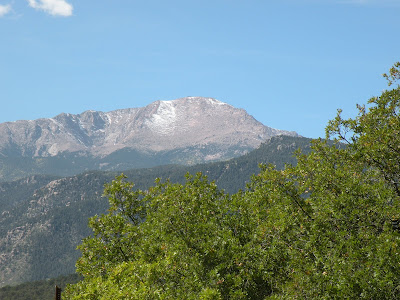 Since I have never been, nor plan to ever be, a hiker I choose other ways to see Pike's Peak from the top... 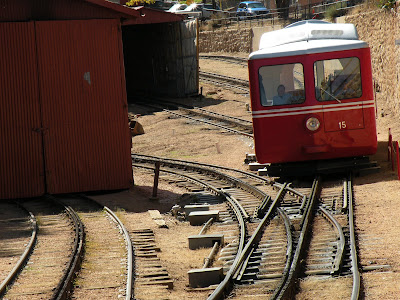 Pike's Peak Cog Railway did the trick! Much easier that schlepping a backpack full of equipment up to the top of the mountain! 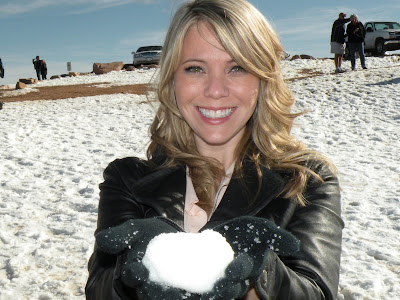 In Texas there is not much of an opportunity to throw snowballs in September! At the top of Pike's Peak the train stops for everyone to play in the snow..and they have cleverly built a souvineer shop up there as well. Would we expect anything else?! 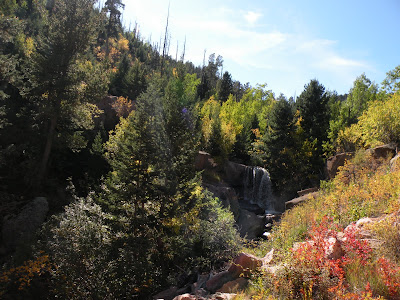 According to the tour guide the leaves had just began to change a few days earlier and it was a sight to behold. 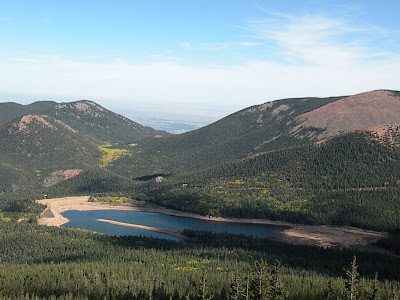 Another stop was at Garden of the Gods. The sandstone formations make up one of the National Natural Landmarks and make a great location for photographers, hikers and they even offer guided tours by horseback as well. 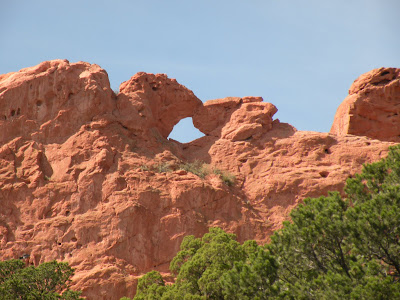 How amazing would it be to have deer in your back yard? Well something tells me Barkley would not be fond of sharing his habitat. I personally would find joy in having the peaceful creatures right outside my door. This Bambi was in a yard in residential Manitou Springs. 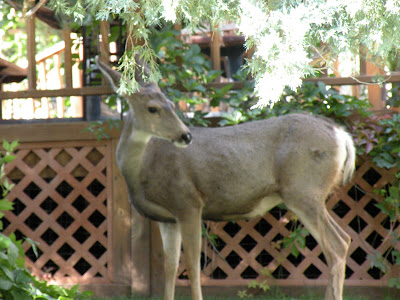 The Manitou Cliff Dwellings give visitors an insight as to how the Anasazi Indians lived 800 to 1000 years ago. The dwellings which now sit in Manitou, Colorado were actually originally built in another area of the state then moved to their current spot in 1904. They are now part of a museum and preserve that also has architecture from the Pueblo Indians. 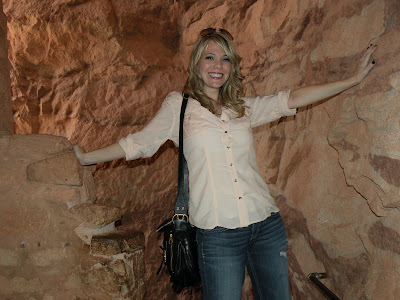 Gabe didn't capture my death defying climb in the picture above...ok it was only about five feet, but it was still pretty cool! LOL! Above is an example of the Pueblo Indians architecture. I've always loved the Native American culture. My great grandmother was a Cherokee Indian,(too bad her tan wasn't passed on), so I've always loved learning about the different tribes. 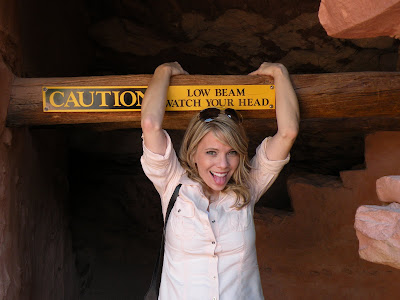 Apparently the Anasazi's were of a smaller variety. Well I guess heels wouldn't have been appropriate for cliff living anyway! 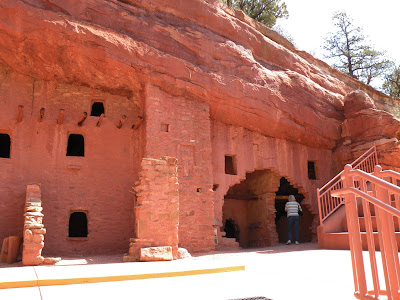 Our last stop was to see the Broadmoor Hotel. We did not stay at this stunning resort, but if I once again find myself in Colorado Springs I would like to. 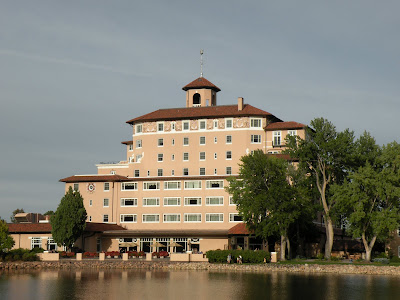 The property has lush landscaping, great shopping and I'm sure as a guest the ammenities are even better. 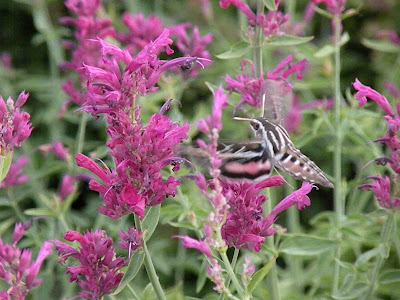 I never knew that a Hummingbird Moth existed until we saw one in the gardens at the Broadmoor. Apparently they are pretty rare, but we spotted a few that day.

Well enough boring you all with vacation pics! I hope you are all having a great weekend!
Posted by Joy De Vivre Design at 3:12 PM

Wow! Great pictures! I don't imagine you get much of a chance to throw snowballs at all in Texas-LOL! The pueblos are fascinating and that hotel is huge. Goodness! Looks like a wonderful trip. :)

Beautiful pictures! I would like to visit that area sometime. Thanks for sharing. :)

Wow... all the pictures have beauty in them! I've long wanted to ride that cog train up to the peak - the only day I was ever in the area, they were closed. Figures huh? :)

The indian dwellings look fascinating. I was to Mesa Verde when I was about 14 years old and I can still (some 30 plus years later) remember the awe I felt seeing them.

:) I love that shot of you with the snowball. You are a snowbunny at heart huh? :)