Finding Beauty in the Strangest Places...

Growing up in a city you often have a been there, done that mentality when it comes to being a tourist in your own area. While perusing ideas for interesting things to do in Houston I ran across reviews for Glenwood Cemetery. Rave reviews were plentiful for this place that I had never heard of. Many spoke of the beauty there and of how it appeared more like a lovely park than a place of eternal rest. Plus if you have read Joy De Vivre for some time then you know I am intrigued by anything that holds the possibility of being eerie.
A visit had to be paid...and so I went... 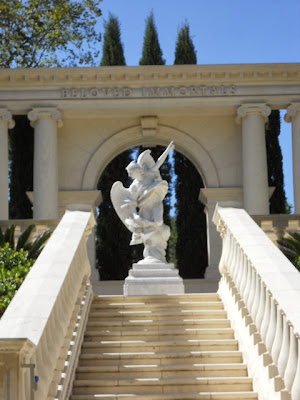 Just after driving through the entrance it is apparent why this is a place that people choose to come to just to stroll around on a nice day. It is beautiful. Set along the bayou, with views of the downtown Houston skyline, you truly forget you are in a cemetery. The statuary on some the of sites is more Rome than Texas. 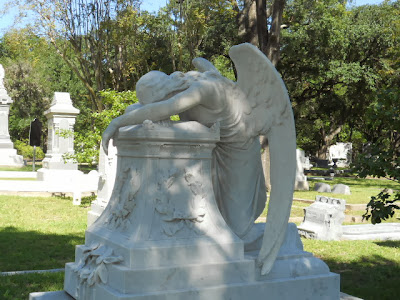 The angel above was my favorite one there. I had seen pictures of it online and just had to find it during my visit. Thankfully it was very easy to spot as it was on the main road and large in size. 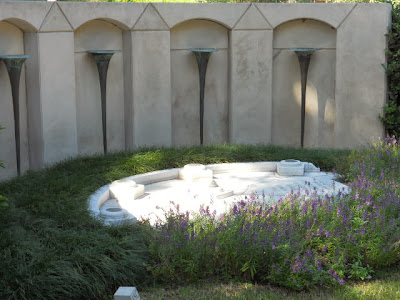 Billionaire Howard Hughes was laid to rest at Glenwood. Apparently his recluse ways played a role here as well, as his is the only grave with a large gate around it. 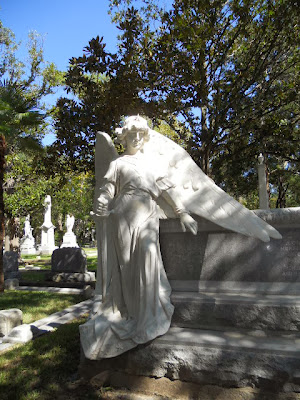 The Avenging Angel above is a bit frightening in person. From what I have read while trying to research her is that she stands watch over the grave of  former businessman William Dunovant  who was murdered. The culprit William T. Eldridge never served time for the crime. This was a very sordid story and really has me wanting to take the private tour here to learn even more about these interesting characters. 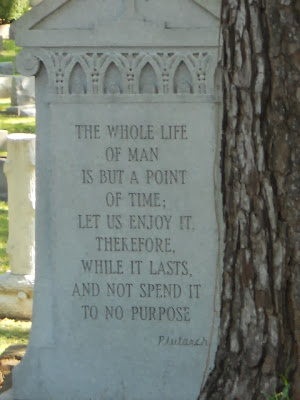 Some days you just need a reminder on what is important! 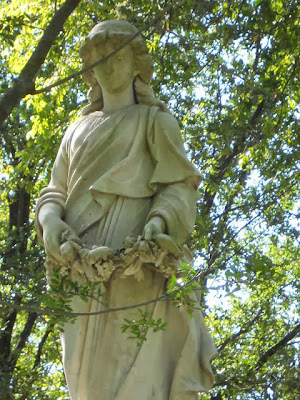 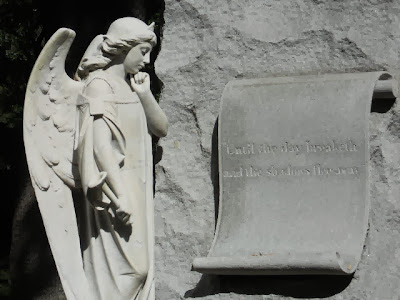 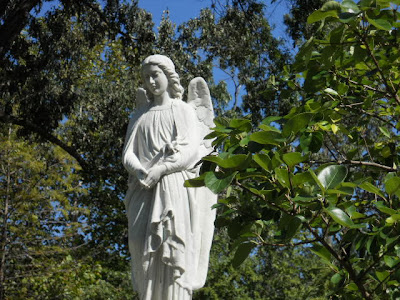 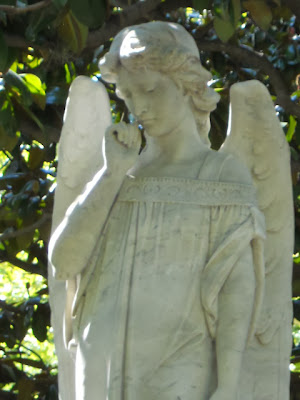 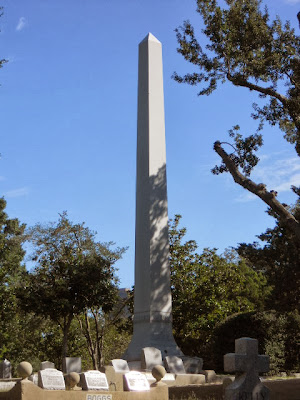 This space in the center of the city holds such a rich history. Many names sound familiar as they are those that some of Houston's most popular landmarks are named after. I came here expecting to have a little spook during the Halloween season, but instead walked away with a sense of peace from this beautiful little spot.

That is beautiful Intense!! Thanks for sharing! :)