Last week I had the chance to catch the Cirque du Soleil show that was created in honor of Michael Jackson. 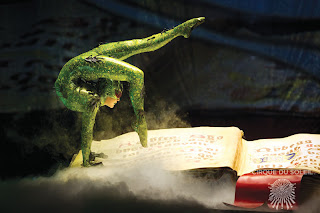 Being a huge fan of Cirque du Soleil and growing up watching Michael Jackson I expected it to be full of amazing music and great dancing. Of course they delivered on those fronts, but gave so much more. The performance did not sugarcoat the negatives of Michael's life at all as they showed a younger version longing for his childhood and the adult version amidst paparazzi. During those parts anyone with a soft heart was left crying and wondering if his life would have been different had his father not forced him into the business. 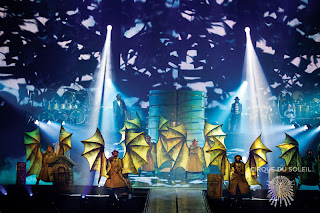 Not to worry though..the sadness was short lived as another uptempo beat would start and lead into one of his many classics. It definitely gave a complete overview of his life and made it clear as to why he is worthy of having his own show, if anyone was doubtful. Overall it was a fantastic show that intertwined ideas that Michael had wished to incorporate into the tour he was planning right before his death with the gorgeous costumes and talented performers that make up Cirque du Soleil. 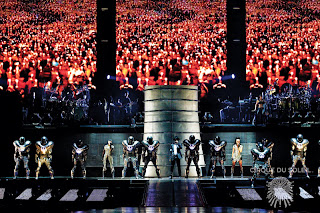 This is a touring show and is making stops across the US and overseas throughout the year. If you have the opportunity to see it I highly recommend it!

Photos via Cirque du Soleil
Posted by Joy De Vivre Design at 5:15 AM