Some People Deserve What They Get...

on the grounds of they are stupid! 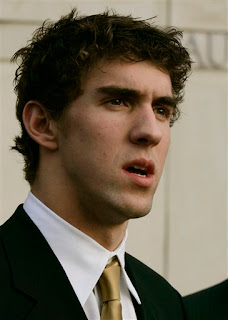 I am all for the fact that athletes and celebrities have a right to privacy. Michael Phelps has to be a moron, though, for going to a regular college party, smoking weed and not thinking he would be caught. Drinking and driving and doing drugs at parties shows a lack of good judgement. Mr. Phleps going to a party, thinking that some poor college kid wasn't going to take a cell phone picture that would get them enough money to pay off their tuition, shows that he is an idiot.
Posted by Joy De Vivre Design at 4:46 PM

Fair enough, I guess.
He perhaps doesn't realise - but now he definitely will next time!