Who You Gonna Call... 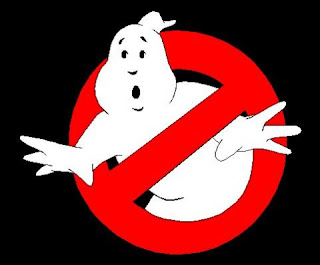 Sorry for the silly 80's reference! I just couldn't help myself! On to the topic at hand! Do I have a treat for all of my readers today! Since we are celebrating Halloween all week here on Joy De Vivre, I would like to introduce you to someone that I am sure you will find very intriguing-Sophie. Sophie will fit right in here this week, because she is a ghost hunter!

I knew you all would be very interested in learning more about what exactly a ghost hunter does, so I asked Sophie to answer a few questions:


How long have you been doing ghost hunts? My husband and I have been involved in ghost hunts since we met, over 5 years now.

What brought you to do this? I've always had an interest in the supernatural. The official ghost hunting started when I first met my husband. He was involved with a local town's historical society. The historical society owned and held it's meetings in a huge old mansion which dated back to the 1600's. The mansion had a history of "strange things" happening. One days the president of the historical society knew that we had an interest in the paranormal and asked if we wanted to come back late to do a ghost hunt. And that's how we got started. Many of our hunts have been in this old mansion.

How does a person find you to help them? Our group is not really an official group, just my husband myself and some friends of ours that get together whenever our various work schedules allow. We do hope to one day be able to expand our group and offer our services to people.

What is the craziest thing you have ever seen? We have seen a lot of crazy and spooky things, I could go on for hours and hours about the things we've experienced. We have a member of our group who was "pushed" down a flight of stairs. Fortunately he wasn't seriously hurt. Another member of our group during a hunt was saying that she felt like she was being choked. When we were done and getting coffee we noticed that she had bruises on her neck. Another very creepy thing was during one hunt when a wind up record player started playing on it's own.

Do you get scared during the hunts? Absolutely. It's funny but I'm very afraid of the dark, so I always make sure that I have lots and lots of batteries for my flashlight. I'm also usually holding onto my husband the whole time.

What is the scariest building you have ever done a ghost hunt in? We have done hunts in several places. The historic mansion, a closed snuff factory, several cemeteries, and a few private homes of some friends. (always with COMPLETE permission) I think the scariest place was the factory. It was so big and had such a creepy feeling about it.


What type of equipment do you use? Our group is my husband, myself and our friends. We don't have a lot of the fancier equipment that some of the larger groups have. But you honestly don't need much. We use a few digital voice recorders for EVP's, a few video camera, and several digital and film cameras. We are also trying to get our hands on an EMF reader. We set up the video cameras in a few rooms, and leave them alone to go explore other areas of the house. Throughout the night we'll move the cameras to different rooms every so often. We also take lots and lots and lots of photos. In a hunt it's not unusual for us to have taken several thousand photos between all the cameras that we use. Our group is also one that tries to disprove things. If we get an anomaly or hear or see something we try to recreate it to see what caused it. There have been a few times when a strange light ended up being a reflection from a passing car, a strange noise was some noisy neighbors. If we get something strange in a photo we try to go back another time to recreate the photo and see if we can duplicate the photo.

More creepiness... Most of our ghost hunts have taken place in the historic mansion. This has been where most of the creepy things happen. I have been standing in the middle of a room with nobody next to me and have felt my hair pulled, hard enough that it jerked my head. I've felt hands on my shoulders and thinking that it was my husband turned to find him on the other side of the room. There have been times when every member of our group are sitting in one of the downstairs rooms taking a break and we hear heavy footsteps above us, or we hear several doors above us slam shut. The house itself has some creepy things go on outside of our hunts. There is a window in one of the bedrooms that for a very long time refused to stay closed. The caretaker would close the window and latch it, and find it wide open the next morning. A large piece of furniture was put in front of the window which blocked it from opening (it swung out). The following morning the furniture was away from the wall far enough so the window could open. Finally the caretaker drove a nail into the window to keep it shut. Several days later he found the window wide open and the nail on the mantle of the fire place on the other side of the room. One day when it was raining he found the window had stayed closed, but there were leaves on the floor near the window indicating that it had been open before. We take lots of audio recording and have found some interesting EVPs, including children laughing, the murmuring of what sounded like a crowd of people and the clinking of silverware, what sounded like someone crying, a conversation between two people, dog barking, and many other things throughout our many hunts.


Thank you Sophie for giving us all some insight into the world of ghost hunting! You are very brave I must say and we appreciate you sharing your experiences.

The above picture is one that I actually took a couple of years ago, at a cemetery in Tennessee. Many of my family members are buried there. It really freaked me out when I got this photo developed.

Posted by Joy De Vivre Design at 9:14 AM

What a great interview~if it were me ghost hunting I'd totally be sleeping with the lights on, if I ever slept at all!

Great photo of the cemetery, too!! Have a happy Halloween!

Thank you livingglassart! I agree with you, I don't think I would sleep at all either if I were ghost hunting.

That cemetery picture really freaks me out. I almost didn't put it up, because it gives me the creeps everytime I look at it.