And the Winner of Our Final SATC 2 Countdown Contest Is..

Congratulations! You will be receiving The Carrie Diaries!

Did you all go see the movie this weekend? I went to see it Thursday night. I am not really going to add any spoilers that haven't been plastered all over the internet elsewhere, but back away from your screen now if you do not want any details! :)
Ok, here goes...as much as it saddens me to type this, heck as much as it saddens me to think this-I did not love it! I so wanted to as you all know I love those characters so much, but it was missing several things... 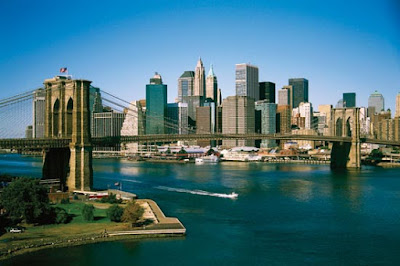 one being the city! The energy of New York City always fueled the story lines on SATC. With them being away for the majority of the movie it lacked that character that made the show a hit to begin with. On the first movie a chunk of it was taken up in Mexico, or really Malibu, and while I don't mind if the girls need a getaway did it really need to be for that long? With the exception of a few shots of the Chrysler building, Times Square, Carrie's apartment and a few jaunts down 5Th avenue, I really think that the movie needed more New York.

Another character that was missing screen time was Mr. Big. I love Mr. Big. I rooted for him and Carrie through the entire show. I screamed at the screen when he couldn't get out of the limo at their wedding and cheered Carrie when she jumped out and beat the crap out of him with her bouquet. Then I was ecstatic when they met up in her closet and then got married on the first movie. Now two years later and I am supposed to believe that Mr. Big is now a sloth that just wants to sit around on his couch and do nothing. And after hoping for them to get together all of these years Mr. Big now needs a break every week! Dear Lord my mind can't handle it! I am not buying this character change Michael Patrick King!

One thing that I could have done with less of...Miley Cyrus. Ok I know she was only in the movie for a few brief moments, but that was too long regardless! I don't know if by giving her a cameo they were hoping to get the late teens in the theater, but whatever it is I could have done without her. She has always seemed so bratty and unappreciative of her success so for me the less of Miley the better.

There were some moments that seemed like the spark of Sex and the City days gone by were still there. I loved the part with Charlotte and Miranda were discussing motherhood and Charlotte got a bit tipsy. I also thought the flashback scenes were cute.

I would love to hear your opinions if you have seen! Please do tell!

I found it equal parts sublime and ridiculous - that whole last sequence with Samantha losing her mind in the middle east, yeah not so much! I loved Big in this movie and I vote Miranda overall best dressed!

I was most intrigued by the "stories" Carrie wrote when she was young (see page 25 for some of them).

I have never been able to fathom the allure/fame of Miley Cyrus/Hannah Montanna. Some of the Disney stars before her were good (i.e., Hilary Duff/Lizzie Mcquire and the boy in the show, Adam Lamberg was excellent) but Miley?!? Ugh. :)

elsiee-I agree. I had heard that they were very disrespectful of the Muslim culture, but SATC always pushed boundaries so I just figured it was people being too prudish. I must say though that some of the scenes were over the top. The last scene was too much with Samantha for me too. Maybe I am wrong too but I find it hard to believe that a culture that does its best to keep women behind the scenes would have the entire fall collection readily available!

Intense Guy-I am going to have to get on the ball reading it and come back here to check out the pages you are enjoying!

I have never understood the Miley thing either. She just seems like the rudest little brat to me which drives me crazy considering the good fortune that has been bestowed upon her. I always thought Hilary Duff was just the cutest thing and she seems sweet! (Well she is a fellow Texas blondie so she must be cool right? LOL!)

i was so so so disappointed in that movie! it wasn't true to the characters at all - stanley and what's his name who hated each other getting married, big becoming a couch potato, aidan married and cheating with carrie, even miranda -i think the strong female that she played in the series would have filed for sexual discrimination or something... and the entire part in abu dhabi was disrespectful and ridiculous. no thank you!

Holly-I agree with you on all accounts! It seems like they completely lost touch with the characters. I think the fans could have written a better movie because we would at least know that Big would never be a couch potato and especially not after just two years of marriage!

Just saw SATC2 and I just loved it! Been a fan of the series since day one and one of these days, I am going to get the CD set for each and every episode and both of the movies. That's my goal for this year - yes sir!

Each of these four ladies characters resides within me. Only with Samantha, her sexual boldness just resides in my head!

So I refrained from reading yours or any online review until I wrote mine (which I just posted) because I didn't want it to taint my view, but I'm glad we both had the same reaction to this. Mine might be a tad harsher than yours, but I was really disappointed! Granted, I'm not a die-hard fan like you, but when it costs 13 bucks to catch a click these days you expect to be entertained!

And yup, we both liked the same Charlotte-Miranda scene it seems, haha! Of all the characters, I think Miranda was by far the most tolerable. She pretty much normal throughout, which was refreshing amongst all the ridiculousness around them.

By the time Samantha lost it in the end, I was much too engrossed with gchat on my phone to pay much attention.

And amen to the Miley comment. That just came right out of left field.

Backbone Studios-check Target. They had the seasons on sale recently so they may still have them reduced!

Dorkys-I just read your post as well. So funny we liked the same scene. LOL! I have an huge amount of distaste for Miley. I know it is not a good thing as this is someone I have never met/hope to never meet, but I could have done without her face! I just saw on E! that they may make a movie based on the Carrie Diaries and Miley is being considered for the role of young Carrie! Will NOT be seeing that one! LOL!

I was also very disappointed in this movie. It just wasn't true to the original SATC. You mention the scene where Miranda and Charlotte were venting on motherhood and that was probably the only part I enjoyed. The entire series and the first movie were practically made up of the moments like what Charlottle and Miranda had together, and unfortunately SATC2 was seriously lacking in these moments. It just wasn't them anymore.
And what was with the karaoke scene? That was just as cheesy as the dress Samantha wore that night. And you know it's hard for me to talk about her because she is usually my favorite, but in this movie she was completely over the top. Yes she has always been outrageous, but she also has some substance and you would never know it by this movie.
I didn't enjoy the location either. I'm surprised that the U.A.E. would even allow them to film that movie there. I guess maybe they wanted the money.
Smith Jerod - what happened to him? The people that he made his film with just completely dismissed him once they met Samantha. He had absolutely no part in this movie. You know that made me sad! With the way they blew him off, I wonder why they even bothered to put him in there at all! It was very disappointing.
To the writers of SATC2, if this is all you got, then keep it to yourself! :)